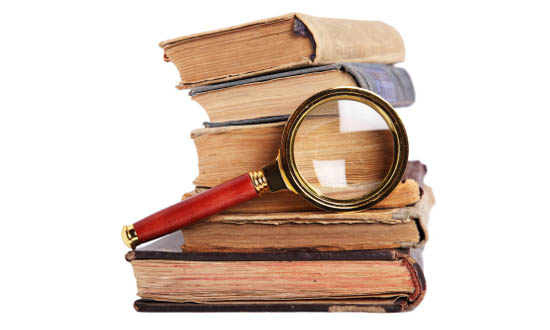 It was the late 1980s… Our “unabashed Burgundy lover” leader – as he has been described by the local wine writers in Houston – was just beginning his career in the wine business working in one of the most upscale dining establishments in the Dallas area – Riviera. Christopher Massie found himself under the wing of owner Franco Bertolasi, and by the end of one short year he had encountered tastings that included1982 First Growth Bordeaux, multiple vintages of Domaine de la Romanée-Conti and verticals of Ramonet White Burgundies. Yes, the 1980s were a great time to be in the wine business and Christopher was indeed in a great place to cut his professional teeth.

Later that decade, Christopher attended one of the most important tastings of his career. This one tasting would shape his palate and guide his path more than any other he had yet been a part of. The wines being poured were all imported by Kermit Lynch and the speaker was the national sales manager at that time for this famous French Import Company. To listen to Christopher talk about that tasting – even today – will convince you of his dedication to artisanal, hand-crafted, estate bottled, naturally produced French wines. ESPECIALLY Burgundies!

Another moment in time came when Christopher was working retail for one of the giants of the industry – also in the Dallas area – and met the national representative for Vineyard Brands. At that time, in the very early 1990s, VB represented the absolute best of Burgundy. With a little help, Christopher was off to Burgundy for a two week meeting with folks such as Thierry Matrot, Mongeard-Mugneret and the late Monsieur Gouges to name but a few. Christopher would return to Burgundy nearly a dozen times more after that trip, sealing his love for this region and further developing his expertise for its wines. Visits to the cellars at DRC, Dujac, D’Angerville and more than 3 dozen others over multiple vintages honed his skills for understanding the differences in these terroirs and the subtleties of vintages.

By the mid 1990s, Christopher had established a relationship with David Hinkle of North Berkeley Imports as well. Further visits with the finest names of Burgundy as represented by this firm simply cemented a life’s love and work. Magnien, Arlaud, Raphet – the names read like a who’s-who of Burgundy. Naturally, there’s more to life than just Burgundy. Christopher’s passion for the best also includes studies of the greatest wines of the Rhone Valley, Italy and Spain. Not to mention the time he’s spent up and down the coast in California with some of the best names in Pinot Noir, Rhone Varietals and Chardonnay. This association led naturally to his involvement with, and love for, Biodynamic® and naturally produced wines.

In 1999, Christopher Massie opened his own retail shop, Christopher’s Wine Warehouse, which operated successfully in the Houston market for more than ten years. Christopher’s evolved over time from a “stack ‘em high and let ‘em fly” philosophy to a more focused, email and web-driven sales model. These ten years as a sole proprietor, tasting each and every selection personally before purchase, further refined Christopher’s palate and allowed him to develop a deep understanding and appreciation for Biodynamic and naturally produced wine. Christopher has dedicated many hours to blogging about Biodynamic wine, which has resulted in special recognition from Demeter-USA for his contributions to the Biodynamic® wine movement.

Heeding the proverbial call to “head West ye man”, Christopher and family now call the Bay Area of sunny California home. Embarking on his latest venture, Christopher is incorporating nearly three decades of experience in the wine trade as a Fine Wine Buyer for one of the most respected and revered internet merchants of our time, JJ Buckley Fine Wines. Tasked with sourcing France as well as Italy’s greatest vinous treasures, Christopher brings passion and dedication to his role as Buyer matched only by his decades as a retailer and importer of these very same exquisite products. Moreover, with the added pleasure of working on a more direct basis with the estates and domains so treasured by wine lovers, Christopher has the ability to offer not only great wines, but likewise a value to the consumer unmatched in the industry.