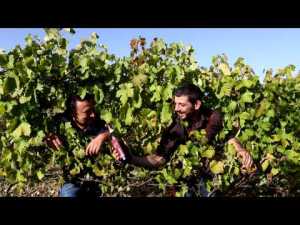 Tabarrini – “If I Look Back I See the Future”

Umbria – il cuor verde d’Italia – bordering Tuscany and literally the center of Italy, overflows with historical significance. This is the birthplace of St Francis of Assisi, the land upon which the breathtaking commune of Assisi was built 1000 years BC by Umbrians settling here along the Tiber Valley.

Fast-forward to the turn of the 20th century and we meet the family who would eventually – rightfully – place Montefalco (Umbria’s world famous DOCG) on the map. They are the Tabarrinis, and those in Umbria know them well, for they’ve been supplying coveted wine crops for four generations; grape growers extraordinaire in the mold of Giorgio Rivetti and Angelo Gaja in Piedmont.

This is meticulously farmed land, tended vineyard by vineyard, vine by vine, all by hand. The grape is Sagrantino – the Tabarrini’s mono-varietal, raison d’être. A Rosso too is offered; a field blend of mostly Sangiovese along with their younger pickings of Sagrantino and such. Prior to 1990, only the well connected locals could access the bounty from these tranquil sites.

But then Giampaolo Tabarrini – the driving passion behind the family’s modernization – stepped into the future and elected to estate bottle and export his family’s monumental vinous treasures. The rest, as they say, became history.

“Readers who haven’t checked the Tabarrini wines out in a while will want to take a close look at these fabulous new releases.” 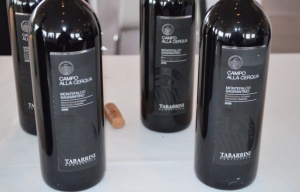 The future has indeed arrived!

Their treasures await you here